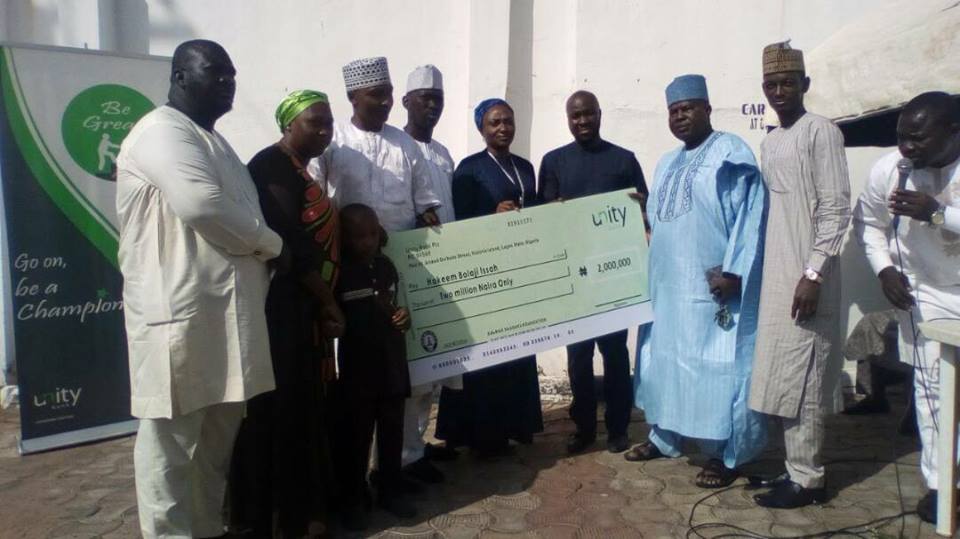 Sequel to a recent radio and television announcement for financial assistance; the Salman Shagaya Foundation(SSF) has earlier today presented a cheque of Two Million Naira to the parent of Hakeem Bolaji Issa a Six year old boy who requires a heart surgery.

The Founder – Chairman of the foundation; Alhaji Sherif Shagaya who was ably represented by his accountant: Mr Yusuf Muhammed says in his address while handing over the cheque to Hakeem’s parent that “the foundation prioritizes this donation in its operations because the boy must be quickly saved in order for him to contribute his quota to nation building”. He also added that who knows what the boy would grow to become when helped to live and fulfill his destiny He further stated that this donation is in line with the core mandate of the foundation which is to provide opportunities of sustainable livelihood for people and communities.

He therefore, prayed to Allah SWT to grant the boy quickest recovery and a fulfilled lifetime.

The parents of the boy Mr and Mrs Issa who could not hide their emotions deeply appreciated Alhaji Sherif Shagaya and members of the foundation for earnestly coming to their aid.